washington.realigro.com is the first worldwide real estate search engine where you can look up listings of homes for sale in Washington

Property for sale in Washington

Wet from the Pacific Ocean to the west, bordered by Oregon to the south, to the east by the State of Idaho, to the north, along the 49th parallel north, with Canada, in particular with the province of British Columbia

Anyone who decides to make an investment buying property for sale in Washington will evaluate many factors before deciding.

Washington is a Pacific Northwest state with a territory that includes the snow-capped mountains of the Cascade Range and the wooded islands of the Puget Sound. Its capital is Olympia but the largest city is Seattle. It is known for the vibrant technology industry, the animated music scene and the famous coffee houses.

This north-western Pacific state has temperate rainforests, mountains and vast forests, which is why it is called the Evergreen state.

It is the 18th largest state in the country and the 13th most populous. It has a climate that varies quite from east to west to provide a suitable climate for all tastes.

Before investing in property for sale in Washington, it is useful to make a general assessment of the area, the unemployment rate, the wealth, the costs of the buildings and much more.

It has a 4.8% unemployment rate that has remained stable over the last year and a cost of living above the national average. The biggest cost-of-living factor comes from the Washington real estate market. Rental prices clarify this point well because they are very high.

The same type of cost increase applies to the purchase of property for sale in Washington. These price increases are destined to make 2018 a dream for sellers for the Washington real estate market in 2018. That's why sellers can expect some benefits as in the last year, Washington house prices have increased by 11 , 5%.

Factors affecting the Washington Real Estate Market in 2018 are a continuing lack of housing for the state of Washington that will almost certainly keep demand and prices high while inventory remains low.

Meanwhile, sellers of properties for sale in Washington can enjoy the advantage as builders try to find ingenious solutions to solve the housing shortage. For many states in similar situations, this entails creative solutions, smaller houses and lots of smaller homes.

The best places to live in the Washington real estate market are Seattle and Spokane so we evaluate properties for sale in Washington with particular attention to these two metropolises.

60% of the residents live in the metropolitan area of Seattle, and the same Seattle, located in King County, has a population of about 700,000 inhabitants. It is a pulsating city with a rich musical history and a fascinating urban landscape.

It also has a vibrant economy that ranks as the 11th largest metropolitan economy in the country.

It is considered a paradise for start-ups and a city that is very active in ecological and environmentally friendly practices. It hosts the offices of five major companies including Starbucks and Amazon. The unemployment rate for Seattle is 3.4% just below the national average.

Spokane is the second most populous city in Washington, and its real estate market has performed very well over the last year. At Spokane house values have risen by more than 12% in 2017, values are expected to continue to rise another 3.6% over the course of 2018.

Washington is enjoying an excellent time for the sellers market at the moment, and all the indicators point to another successful sales year for the Evergreen state. For those who wants to put their home on the market in the state of Washington, has to know that there isn’t a better time to do it.

More news on the real estate market
Other 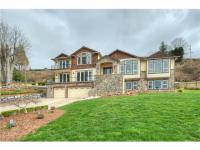 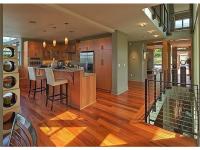 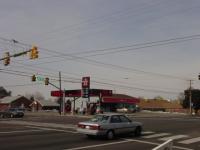 » Show more
Why choose Realigro?
There are many reasons for choosing Realigro. We summarized them in this beautiful infographic
Free
and Premium Services Check out how easy it is to sell or find your home with our Free and Premium services
Professional Services Discover how to increase your business opportunities
Collaboration between Property portals Do you have a property portal with a nationwide focus? Publish your database on Realigro.
Property for sale
Property for rent
» Other
2005-2020 REALIGRO REAL ESTATE LTD. All Rights Reserved - VAT Nr: 893969932
Neikos Digital Agency
BB